Since its expansion into Africa’s film industry, particularly Nigeria’s, American subscription streaming service and production company, Netflix, has dominated Nigeria’s relatively new video-on-demand market.
In February of 2020, the streaming giant announced its launch on Twitter. Since then, it has been behind some of the biggest films and web series in recent years like King of Boys, Òlòtūré, Citation, Lionheart, and Namaste Wahala to mention a few. Both financing and acquiring the exclusive streaming rights.

2021 has been a great and riveting year for Nollywood movies and web series. Movies and series like King of Boys: The Return Of The King is a 7-part limited series directed by Kemi Adetiba. A sequel to King of Boys (2018), was released in August of 2021 exclusively on Netflix. Sola Sobowale and Toni Tones reprise their roles as Eniola Salami with Reminisce, Illbliss, Akin Lewis, Osas Ighodaro and Keppy Ekpenyong also reprising their roles.

Swallow is an adaptation of the book by the same name written by Nigerian author Seffi Atta. It follows the life of Tolani Ajao played by Niyola and her friend Rose Adamson played by Ijeoma Grace Agu. It was directed by Kunle Afolayan and was released on Netflix on the 1st of October.
Castle & Castle is another Nigerian series that premiered in 2018 and is streaming exclusively on Netflix.

Fine Wine is a 2021 Nigerian romantic comedy film directed by Seyi Babatope and written by Temitope Akinbode and Diche Enunwa. The film stars Richard Mofe-Damijo, Ego Nwosu, Zainab Balogun, Nse Ikpe-Etim in the lead roles. It had its theatrical release in February of 2021 on the eve of Valentine’s weekend but was available on Netflix in November, roughly eight months after its release.

Rather than exclusively producing and financing movies, Netflix also opts for licensing to stream on its platform, beating other local streaming platforms like irokotv, Filmhouse, Redbox TV, and so on. Movies like Red Wine and tv shows like Castle & Castle were not exclusive to Netflix or originally produced by Netflix but have been licensed to stream on the platform.
But even though Netflix is currently dominating streaming platforms in Nollywood, it doesn’t mean Nollywood is prospering by global standards.
Netflix planned to spend $500 million on South Korean films and web series this year which resulted in highly entertaining content like Squid Game and Hellbound. That amount is also what the company spent in making new projects and licensing existing ones to stream.

The disparity between the amount of money Netflix invested in Nigeria and other countries is evident.
In an interview with The Will Nigeria, Chima Ude, the founder of Africa International Film Festival (AFRIFF), said “A movie executive once told me that Netflix pays people here much less for their movies because we do not put in as much as people from other countries. There is no story development, no set building and no sound stage. There are many other structures that we don’t make use of when making movies here.”
She further added, “Have we made great films? We have. But are they of global standards? No.”

This could imply that the disparity in funds is not only about Naira’s currency power but also the quality of the films produced by Nollywood. If movies and web series produced in Nigeria do not have a global appeal the way other country’s work does, Netflix is less inclined to invest more in the film sector.
The implication for this is that Nigerian producers, directors, and writers would need to take more daring choices in their approaches to filmmaking, not only for global recognition but for a better return of investment that will result in other global streaming services vying for Nollywood’s attention. 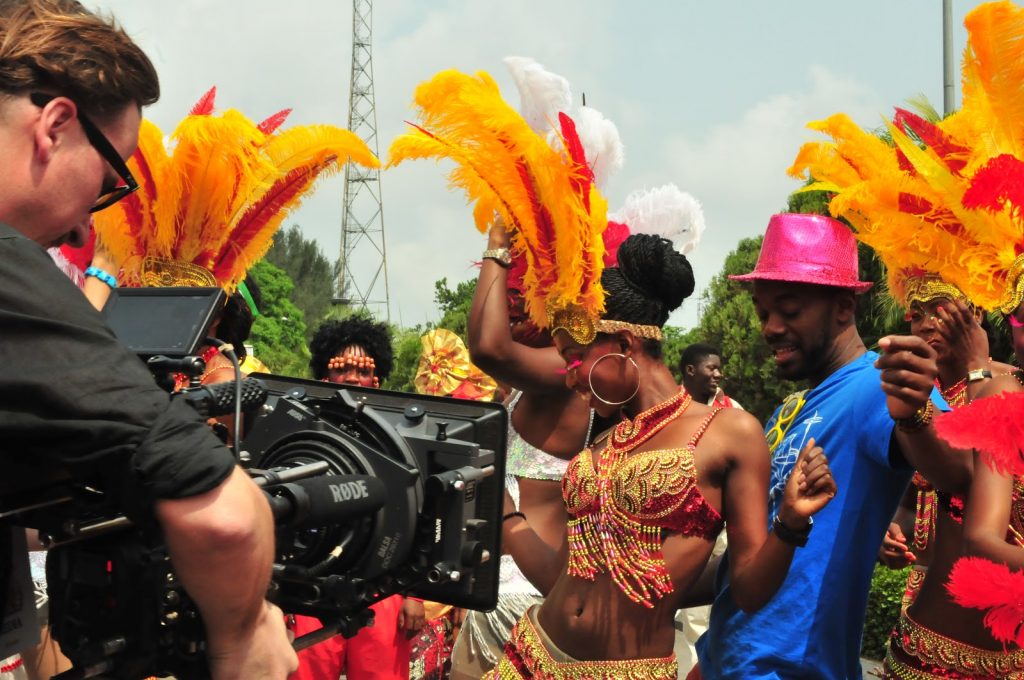